Ok, I filed Feb 10th, my day 21 was March 2nd. Before that it had been years since I last filed as I've been a GI bill college student with non taxable income. I have moved a ton, so I'm sure, prior to filing, the IRS didn't know where I was. Its April 6th, still processing, tax topic 152.

I found out that even though I'm paying on my student loan it was still going to be taken out of my taxes. It was a 3000 loan I've been paying on forever and it's still worth 4400 dollars of my money :( Anyway, I was sad, because tax refunds are what I, someone who lives paycheck to paycheck, use to fix my car if needed and pay up some bills, giving me a short reprieve and letting me relax and avoid 60plus hour weeks.

However, I waited and waited, still no notice, student loan people still taking my money. I tried calling the IRS a lot, but they always said the "call volume too high" and hung up on me. I probably called a hundred times last week just to get up and start calling and got "we're closed indefinitely." I get the virus tg, but this can't be done remotely? Anyways. I'm still so confused, because if it was an ID thing, wouldn't they send me a letter? Because I didn't get anything from them.

It still says topic 152, which makes me even more worried, because if they had even partly processed it it should have reflected my student loan instead.  I asked an IRS agent if it could have been lost, she said rare, but possibly, so refile.  How in the world would I do that?

I'm just very nervous, I'm out of work because of covid and now it doesn't look like I'll get the relief. Sure, my power isn't out, but once it ticks down to zero it'll start adding up a debt I won't be able to pay when this is over. My landlord is still expecting his money, yeah, he can't evict me right now, but he will be able to eventually. If my car insurance gets cancelled I'll have to pay to reinstate that and a 350 dollar fee for my license. And guess what my bank balance is now? Zero.

Not to mention the food is running thin. It just seems so dumb that some kind of error is going to prevent any relief, and I just have to watch as I lose everything.

Anyone else still processing two months after filing?

Anyone have to verify their identity? If so, did you get a letter after you filed? And what did you have to do to verify?

Since I don't have any recent year prior returns, will this prevent covid relief? Does anyone have any idea if the IRS released a statement saying when they could come back? If the IRSis dealing with the relief then they have to eventually be available for questions, right?

Is there any way to resend my return? Or refile? Is it possible to refile when you have already filed?

If anyone has any answers to any of these questions I would appreciate it. I don't see why I should be paying turbotax (they've emailed me to pay their cut) if my return never made it and I end up having to file elsewhere. 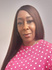 No, you can not submit your return again. If you need to add information you can amend.

Please see this Turbo Tax FAQ on when to amend. https://ttlc.intuit.com/community/amending/help/do-i-need-to-amend/00/27607

After you review the link above and have determined you need to amend, follow the process below.

To amend your 2019 tax return: Wait to see if your return has been accepted or rejected by the IRS or state. If rejected, you can correct and re-send your return. If accepted you should wait until your return has been processed and you receive your refund or conformation that any tax due has been paid. If you file an amended return while you first return is being processed it can cause extended delays for both returns if two returns are in the system at the same time. In addition, if the IRS makes any change on your original return, you might end up having to amend the amendment. Amended returns can only be mailed - allow 8-12 weeks - can take up to 16 weeks (4 months) for processing. Be sure to save a copy of your return before you begin to amend.

How do I amend my 2019 TurboTax Online return? https://ttlc.intuit.com/community/amending/help/how-do-i-amend-my-turbotax-online-return/00/27577

To Amend on Windows. https://turbotax.intuit.com/personal-taxes/cd-download/amend/ty19/

because of the CARES Act, they will not garnish the refund for any delinquent student debt.  Also, there are no student loan payments due for the next 6 months (through Sept 30).  Because you filed, you are automatically in the queue for the Rebates (assuming you are not a dependent of someone else)