You can file with multiple states in TurboTax.

**Say "Thanks" by clicking the thumb icon in a post
**Mark the post that answers your question by clicking on "Mark as Best Answer"
0
3
1,363
Reply

Well...that an get a bit expensive...but

A)) For states with an income tax

2)  Desktop/Download software can do many sates, but only e-file 3. any more than 3 have to be printed and mailed in

1) You enter just one W-2 for each employer, but you must put in a separate W-2 for each different employer.   TTX can take as many as you reasonably have  (Maybe a 10 or 20 limit....I've never pushed it, so I don't know the real limit).

3)  Depending on your home/resident state....what extra Non-Resident states software you need to buy may depend on what your state, and the other states actual are.

..............b)  some states could have a reciprocal tax agreement with your state, and you don't need a tax return for that other state (with some exceptions).

4)  You must prepare ALL of the Federal section first, every scrap.  Then all the non-resident sates, then your home/resident state last.  (with some preparation order exceptions if your home & work state is between CA,AZ,OR, IN  & sometimes VA)

IF you actually moved your permanent state residence during the year...and more that two states are involved...then it gets messier.

Got to purchase 2 separate state programs & then process. Quite expensive. Try FreeTaxUSA

Have 6 W-2s for same company multiple sites.  3 had state income tax withheld in WI (box 17) and 3 in IL.  There is reciprocity between the two states however when I do my taxes I end up owing the state of WI  Did I do something wrong?

Depends on which state is your resident state...you would have to file a non-resident tax return on the "other" state and claim zero income earned there (because of the reciprocal tax agreement) to get the "other" state's  tax withholding refunded.

Thus, if you were a resident of WI, you could easily owe WI...because there "should have" been WI tax withholding...and WI expects you to get the IL withholding back from IL yourself......no credit for taxes paid to IL because that is not allowed in your situation.

AND...check those W-2 forms carefully, are they entirely separate W-2 forms where box 1 (3&5) reports just the $$ received at that location, or are they just multiple state sub-forms for boxes 15,16,17.

IF entirely separate W-2 forms, then each is entered separately in the software  (kind of sounds like this...but seems suspicious).  I just had trouble imagining a single company would issue 6 completely separate W-2 forms...but I guess it could happen if they were actually something like...ohh... separate Franchisees.

In addition to what SteamTrain mentioned above, typically, when there is a state reciprocity agreement in effect, the state you are working in does not require withholdings in the nonresident state.

You would need to have an exemption form completed with your employer to ensure you are only having taxes withheld on your resident state.  See the link below for more information on the forms as it will depend upon which state is your resident state.

**Say "Thanks" by clicking the thumb icon in a post
**Mark the post that answers your question by clicking on "Mark as Best Answer"
1
1,210
Reply

Do I have to File in those states?

Having processed numerous returns in the past, if I encounter a situation similar to yours  .. I simply do not file a tax return for those under $ 100 W2's   Besides it is costly to have to get 2 other state's tax programs.  Just my way, You make your own choice !! 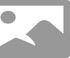 If you are using TurboTax Online, you can create Massachusetts and Virginia income tax returns. TurboTax will tell you if you owe, are getting a refund, or are at $0.

File in nonresident states that you owe tax. If you are getting a refund, it's up to you. You will lose the refund if you don’t file. Additionally, you may still be required to file. However, all tax penalties are based on unpaid tax so there would be no penalty for not filing a refund return.

If the refund/balance due counter shows $0, you don’t have to file.

Delete the returns you are not using before filing. TurboTax will not charge you.

Also if you don’t file, you will not be able to claim a credit for tax paid to another state on your Connecticut return. Your credit is based on tax liability, not withholding.

Virginia AGI is NOT income earned in Virginia. It is your total income according to VA law.

view all
How do I clear and start over in TurboTax Onli...
TurboTax 2022 Online product guide
How do I find last year's AGI?

Estimate your tax refund and where you stand