on 1/1/19 my wife and I owned two properties, a primary residence and a second home.  Total outstanding mortgage balances were as follows (all numbers rounded for ease of calculations):

Total interest for year was as follows:

Which mortgage interest can I claim, and how do I calculate it?

I calculated it using the worksheet in the IRS mortgage interest deduction publication, but couldn't really figure out what to exclude when it came to the 3 property part of the equation since that was only for the last couple of months of the year.  I ended up just throwing all three properties in there which increased the overall average balance over the $750k cutoff which resulted in a haircut on the interest deduction.  I think in the end it is probably within a couple hundred dollars of the right number, but would love to see someone do the math based on the above.

Anxious for you to get an answer - our is similar but ours was a construction, interest only loan we paid throughout 2019 - but at varying balances.  Here's hoping someone can help us!

Enter the 1098 in order and answer the interview questions carefully.

If you show an error, please follow these directions.

There is an embedded help link for you to use if you need to compute the average balance.

Please go back to the Home Mortgage Interest section:

Scroll down the “Here’s your 1098 info” screen and click Done.

On the following screen, you will see the “Original amount”.

Enter the amount you can claim as a Home Mortgage Interest deduction in the “Adjusted amount” box. The Adjusted amount cannot be larger than the original amount or you will receive an error when trying to file. Instructions on who needs to adjust interest and how to calculate are available by clicking the blue “Help me figure this out” link. 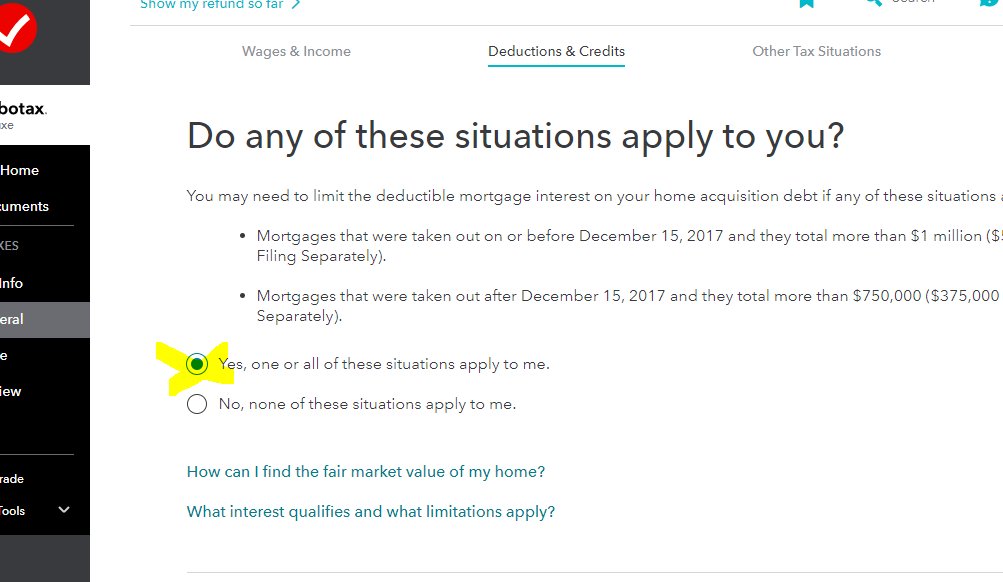 Click Yes, one or both of these situations apply to me. And Continue

Enter the Adjusted amount and Continue 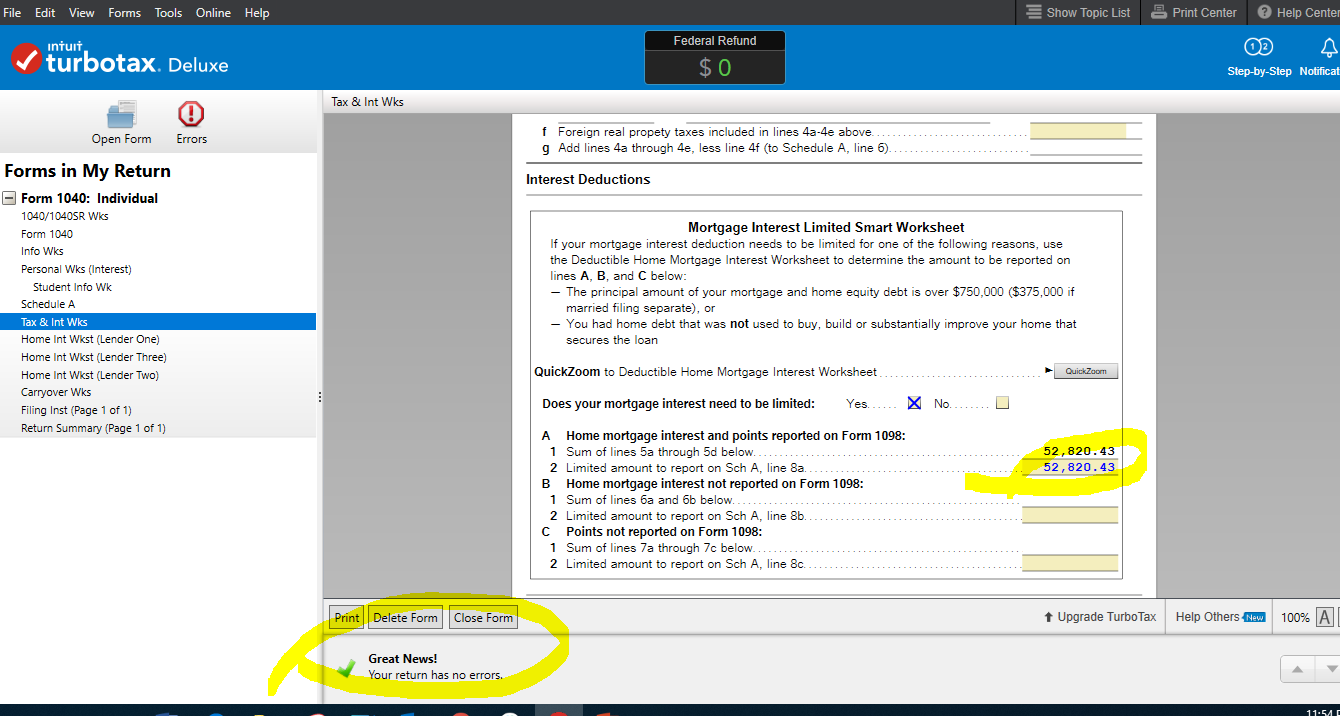 ZhuoliA
Employee Tax Expert
I am a CPA in Wisconsin. I have been with Intuit for three tax seasons.