FYI, for anyone waiting for this form to become available, I calculated here on Turbo Tax Self Employed and it used my 2019 tax AGI, as I had also used this figure for EIC and Child Tax Credit due to lower income and given the option.

According to the downloaded form and trial using H & R Block Software, the calculations of refundable credits are VERY different.

It appears that Turbo Tax is using the given option for 2019 AGI to figure the amount, while H & R Block is using your AGI for 2020 even if you used this figure for the EIC and child credits.  I realize these have not been finalized here at Turbo Tax, but according to the H & R Block Form 7202, it is both filable and fileable through them e file.

So, for anyone who maybe understands this form or tax language of the form:

If we are given the option for CREDITS using previous year's 2019 return, does this apply to the 7202 form, or are they going to actually go by minuscule income of 2020, where most of us lost income (which is why we are applying for the credit), and get a grand total of maybe $50?

It doesn't make sense to allow this credit when our average income was so low making us need the credit?

**Say "Thanks" by clicking the thumb icon in a post
**Mark the post that answers your question by clicking on "Mark as Best Answer"
3
10
3,683
Reply

I did a lot of leg work today to get to this same conclusion, and probably spent 2 hours trying to get a live person at the HR Block online support to let them know their form 7202 was not auto filling due to software error.

I contacted an actual tax office and confirmed they have had no issues e filing this form using 2019 AGI or SE income.  I really wish the IRS or someone could confirm if mailing the 7202 means we need to mail our ENTIRE taxes by mail, or if we just fill out the 7202 and mail it.

Form 7202 to used to figure the amount to claim for qualified sick and family leave equivalent credits under the FFCRA and attach it to your tax return.

If the form is needed, you need to attach it to your return and mail in the entire return.

**Say "Thanks" by clicking the thumb icon in a post
**Mark the post that answers your question by clicking on "Mark as Best Answer"
2
8
3,674
Reply

Thank you very much for that quick response. I haven't decided if I will mail the entire return or just give up that credit due to the IRS being overloaded with paper returns. 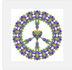 Self-employed individuals use this form (Form 7202) to figure the amount to claim for qualified sick and family leave equivalent credits under the Families First Coronavirus Response Act.    If you are eligible for those credits and want to take them, you need Form 7202 included with your return.   If you don't qualify or don't want to take the credits, you can remove the form.    TurboTax will calculate these amounts for you if you go through those sections, see below.

The Families First Coronavirus Response First Act, which was passed March 18, provides relief in the form of refundable tax credits for sick leave and family leave for both eligible self-employed and small business owners.

@Liladimarco - There is a section under Deductions and Credits in TurboTax where you can enter the information to claim the credits.

**Say "Thanks" by clicking the thumb icon in a post
**Mark the post that answers your question by clicking on "Mark as Best Answer"
1
5
3,558
Reply

How can I remove this credit? I want it removed so I can efile

You can delete form 7202 and efile your return in TurboTax Online as follows:

at this  point turbotax is just  like the virus . planned i think this will be my last year filing with turbotax .  first the stimulas now you dont have updated software. nobody wants to  loose money when the already lost jobs a homes.  no business funding and now no covid relief credits

You are correct, unfortunately TurboTax doesn't support e-file for Form 7202.  It must be attached to your tax return and mailed to the IRS.

Form 7202 is used by self-employed individuals to calculate an amount to claim for qualified sick and family leave equivalent credits on their 2020 tax returns. Here is a link to the IRS for more information about Form 7202.

This form should include all zeros.  For some reason 10 was put in line 3.  we are retired.  and not workin.  why is this form included.  It should not be required and is stopping us for e filing.

Line 3 is the number of days taken into account for determining the qualified sick leave equivalent amount and cannot exceed 10 days over all tax years.   If you are retired and did not work or pay a household employee, then you can safely remove this form as it does not pertain to you.   There may be one or two Form 7202s in your return.   7202-T and 7202-S can be removed.  One is for the taxpayer and the other is for the spouse.

It's OK to delete forms that you know don't apply to your return, or are duplicated or blank.  Here are the general procedures for deleting unwanted forms, schedules, and worksheets in TurboTax:

**Say "Thanks" by clicking the thumb icon in a post
**Mark the post that answers your question by clicking on "Mark as Best Answer"
0
3,112
Reply

After it would not remove for me after zeroing the form out I went directly into "forms" and zeroed it out again and it still did not remove. Then I went in again and "deleted" the 7202 twice and continued to save and eventually Turbo gave up that version and I reverted to being able to e-file. Lots of work but the trick is to completely delete the form you filed under "forms" and then maybe even close down and re-open to get the program to read your corrected version. Don't give up, you can get it deleted!