Until last year income tax (2019), I always enter my private Canadian pension form NR4 using a 1099-R substitute ( form 4852), but this year I received the message that the form 4852 cannot be file electronically? Is it an error? If not, how should I enter my NR4 in TurboTax for this year to be able to file electronically?  Thank you in advance for your prompt answer.

Returns including Form 4852 can't be e-filed per IRS regulations.  See the following response for additional information on: What do I need to do about my 4852 form?

You can report your Private Canadian Pension (NR4) in another way, which will allow you to e-file.

Enter it in the Other Reportable Income interview,  the very last interview in Wages and Income (Federal Taxes  >  Wages & Income  >  Less Common Income  >  Miscellaneous Income ).  In TurboTax Online, enter "other reportable income" in the Search Box and then select "Jump to Other Reportable Income". Your entry can be described as "Foreign Pension" or "CA NR-4", and will appear on Line 8 of your Form 1040.

The IRS wants the pension reported as income - unless your pension receives special tax treatment, it is perfectly OK to report it as Miscellaneous Income.

If you choose this way, then you won't have to create a substitute Form1099-R (by filing Form 4852), you won't have to file by mail and you won't encounter e-file errors over the Payer ID.  However, the end tax result (in terms of United States tax rate and amount assessed) will be identical under both methods.

this is okay to report it this way but how do I get the credit for the non resident tax already paid in Canada. Turbotax says that the foreign tax credit is only forinterest and dividends.

No that is incorrect. Here is how you can claim the credit.

Thanks for that helpful answer!!!

I assume this can be filed electronically and still get a refund for taxes paid to Canada. Mine is from a province-wide pension, is that considered private or public or ?

Yes, you can Efile adding the income under 'Other Income' and claiming a Foreign Tax Credit if you paid tax on your Canadian Pension.

If you are not using a 'Substitute 1099-R' (which can't be Efiled), you shouldn't have to describe what type of pension you have.  You only need to enter a description/amount.

The income is taxed the same way, whether Pension Income or Other Income.

As you probably guessed, the main difference between a public pension and a private pension is the employer. Public pensions are available from federal, state and local government bodies.  Since yours is a Canadian pension, if it was issued by a branch of Canadian government, you may have received a tax break on Canadian tax due. 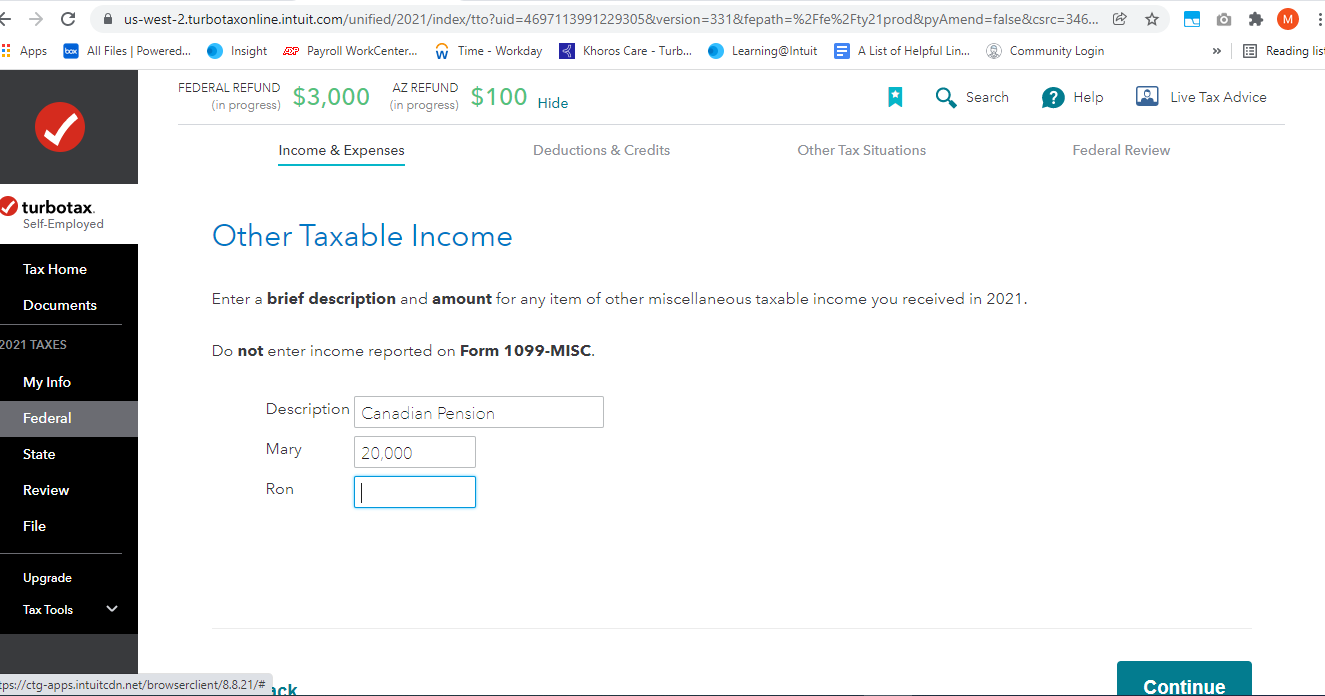