A LOT of the program is not functional yet mostly due to the IRS not being ready ... they have not issued final forms or instructions for many things so the software companies "punt" for right now until the true game can commence ...

These first releases of the program are usually very buggy and will require MANY updates before it becomes fully functional which usually will not happen until late January or sometime in February depending on the forms you need.  So patience will be needed as the IRS has not even announced when the 2019 filing season will start accepting or processing returns.  And since many state’s piggy back off the federal return many of them will also be delayed this year.

This  past tax year, not only did the IRS have to rewrite a ton of tax code due to the late changes made in Dec of 2017  but the fools in Congress required they also toss out all the old 1040 forms  for the new "1040 Simplified" version ( which is anything but simplified since it adds 6 new schedules) and  all these changes have the IRS way behind the normal timeline so expect things to not only run late but they will be VERY BUGGY so the smart money is on the patient person who waits to file until most of the errors have been corrected.  Last time this happened many of the early filers had their returns lost or delayed for months so don't be in a hurry to jump off that cliff.

The tax programs this year have had to be completely reworked by every tax software company due to the changes above since it is not just as simple as " adding a form or worksheet " since many of the forms interwork with each other ... lots of moving parts to coordinate.   And before they can get final approval they need to be tested and approved by the IRS who themselves are not up to speed yet ... this is an impossible situation that will require patience on all fronts. Even my professional program has indicated that they will be delayed in getting out the first version this year and I appreciate them waiting until they have a working product when it is pushed out. 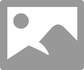 Sometime after the IRS has completed finalizing IRS Form 1040 and Form 1040 Schedules 1 thru 6.  Should be sometime in January.  You will just have to wait and in the Review section of the TurboTax program will be the forms and schedules for your tax return that have not yet been finalized and a date when they will be finalized (if known).

The IRS has not yet announced when they will be accepting any type of 2018 tax return.  Estimate that it will not be until the end of January.