Also, I have a spanish first and last name and she must've asked me 3 or 4 times if I had a social security number even after I explained that Puerto Ricans are US citizens. She seemed completely unaware of this fact.
Topics:
1
4
95
Reply
4 Replies 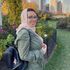 This is not the experience that we want you to have with us. I will send you a message to get more details from you.

Thank you so much for your patience.

Thank you so much for your attention to this matter. I will respond to the email to file a formal complaint.

Good morning,
I looked on the platform and couldn’t find the customer support number to call to open a case, as suggested.
If I may, I can present what happened Friday on March 12th with the agent. Friday morning, I asked for customer service regarding my 1040 I had filed and received a call around 9 am shortly after my request.
My agent was very condescending and asked me “why did I file” if I had questions. In which I explained that I was confident in what I was doing at the time until after I filed and seen on the TurboTax coversheet that I need to file a 1040-SS, as well. She then proceeded to tell me that she “can’t do everything for me” and that “it’s my responsibility”. I had never asked her to file the 1040-SS for me or to do everything for me regarding that form. She rudely said that I was “mixing up everything” when in fact it was her doing so.
Then she asked if I had a social security number. Even though I told her I did she continued to ask me multiple times. I finally explained that I have been filing taxes since I was 14 years old working in New York. Her snarky response was, “I don’t need to hear your life story”. I told her that apparently she does because she’s repeatedly asking if I have a social security number implying I’m illegal. Seeing I have an ethnic name it was pretty obvious what was going on.
Before things escalated any further, I told her that she clearly could not be of any help seeing was being unprofessional among other things. I’ve dealt with agents in the past and never experienced such blatant rudeness, unprofessionalism and prejudice. It was very unsettling to say the least.
Thank you again for your time and attention to this matter.
1
1
75
Reply

We definitely want to help you out. This sounds like an unfortunate experience. Please check your message (inbox) in the upper right corner section near your profile.

Thank you for your patience and again we're do apologize for this incident.