My taxes were 99% complete.. I finally got my investment summary which showed 2 stock transactions resulting in an 2100 LOSS. Before I added the stock sale, taxes showed approx 2600 refund. Adding the stock transactions, it changed to approx 560 refund. I could understand if the stock investments were huge but they were very small (1800 gross sale vs cost of 3900/ loss of 2100) It appears that the EIC was disqualified for the stock sale???? 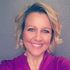 For EIC, you cannot receive more than $3,600 in interest or dividends, or income from rentals, royalties or stock and other asset sales during 2019. See the links below about additional qualifications for Earned Income Credit.

Do I Qualify For Earned Income Credit

For EIC, you cannot receive more than $3,600 in interest or dividends, or income from rentals, royalties or stock and other asset sales during 2019. See the links below about additional qualifications for Earned Income Credit.

Do I Qualify For Earned Income Credit

Thanks Victoria.. though the EIC info says the following which I meet.. the issue is that TurboTax excludes EIC ONLY when I enter my stock trades which were approx 2 transactions which EACH resulted in separate losses. The Total for the 2 transactions was a loss of 2,095. (-$2,095) With zero net income from the stock, Turbo Tax is disqualifying claiming EIC when I clearly meet all EIC requirements.

What am I missing?

What are the qualifications for the Earned Income Credit (EIC or EITC)?

To qualify for and claim the Earned Income Credit you must:

Save a PDF with the worksheets and review the EIC calculation to see what is happening.

Also review the form 1040 before and after the all the broker entries to see what is being affected and how.

To view your entire return using the online editions (including the state) before you file, you will need to pay for your online account.

To pay the TurboTax online account fees by credit card, without completing the 2018 return at this time, click on Tax Tools >>> Tools  and then Print Center.  Then click on Print, save or preview this year's return.  On the next page, to pay by credit card, click Continue.  On the next screen it will ask if you want Audit Defense, if you do not want this option just click on the Continue button.  The next screen will ask for all your credit card information so you can pay for the account.

LindaS5247
Employee Tax Expert
I am an Enrolled Agent. I worked for the I.R.S. for 33 years. I spent my last 11 years at the I.R.S. in Mand...
Manage cookies
v
Auto-suggest helps you quickly narrow down your search results by suggesting possible matches as you type.